High Resolution Gas Chromatography (GC) is a powerful technique to separate and quantify, volatile and semi-volatile compounds in complex matrices such as environmental and biological samples .

In GC, a sample is volatilized and carried by an inert gas through a coated glass capillary column. The “stationary phase” is bonded to the interior of the column. Each compound moves within the column at a specific velocity that depends on its affinity with the stationary phase. Retention time is how long that a compound takes to pass through the column to the detector. The GC column is able to separate different compound in time and each compound is identified by comparing the retention time with a reference.

GC systems can be coupled to different detectors. The Flame Ionization Detector (FID) is the most commonly used detector because it combines several advantages such as affordability, ease of use, and the ability to detect almost any organic compound with good sensitivity (universal detector).

GC-MS combines the capacity of gas chromatography to isolate organic compounds with the structural information provided by mass spectrometry.

In the MS step of GC-MS, compounds leaving the GC column are ionized and fragmented by electron impact. The charged fragments are detected and a m/z (mass-to-charge) spectrum is produced. The fragmentation patterns of each molecule are reproducible and can be used to identify the molecule.

GC-MS can also be used to produce quantitative measurements by selectively monitoring of charged fragments of a specific mass. This a powerful technique to selectively quantify compounds of interests at very low concentrations in complex samples that contain many interfering compounds 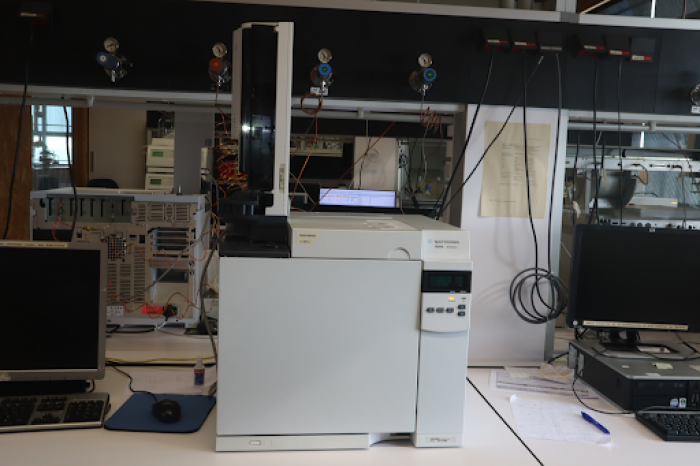 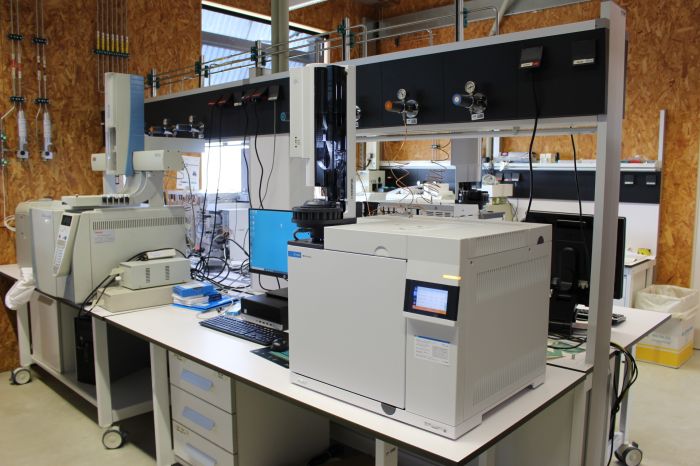 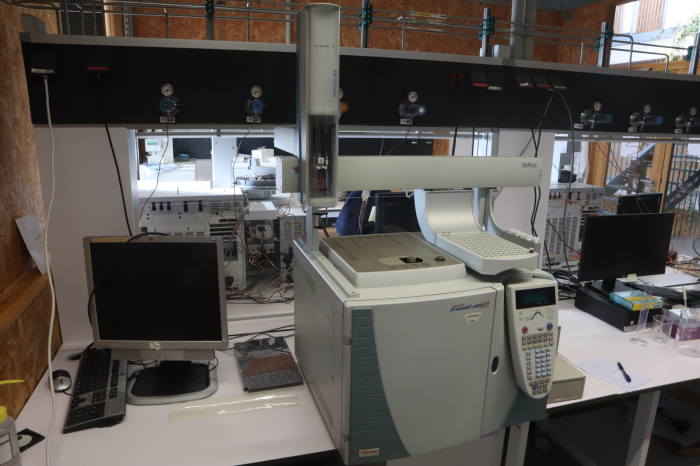